Toast, It's not just for breakfast anymore: At the Ready

North Korea has fired 7 missiles aimed at who knows what in the last day or two. The governments of the world seem concerned about condemning them for wasting money on missiles when they should be learning to grow corn or rice.

Well I'm not! If he fires one more missile, I'm firing mine at him. I already have one on the launch pad. Your move, Mr. Il Kim. 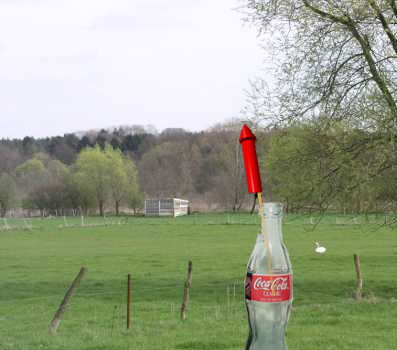 UPDATE: I decided to do a pre-emptive attack and shot my missile towards the capital building in Pyongyang. Sadly, I missed by just under 7,235 miles. I still have two in my arsenal though!